IDA is the most common type of anemia1 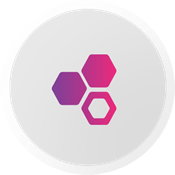 Iron helps produce hemoglobin, a part of red blood cells, which is a molecule that carries oxygen in your blood.1 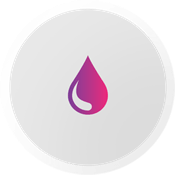 Without enough iron, your body starts using the iron it has stored. Soon, the stored iron gets used up.1 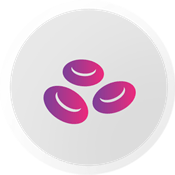 Without iron, your body cannot produce the number of normal red blood cells needed to keep you in good health.2

IDA can coexist with many different diseases or conditions

The symptoms of IDA are often nonspecific and may be underreported. Some people may not experience any symptoms1

The signs and symptoms of IDA can overlap with those of other conditions. If you are experiencing any of these symptoms, it’s important to discuss them with your doctor.1-4

Some of the symptoms of IDA5*:

Other signs and symptoms:

*Injectafer has not been studied or approved for treating symptoms of IDA.6

Your lab results are the results of your blood test. They are used to diagnose iron deficiency anemia (IDA) and monitor and manage your condition during treatment. 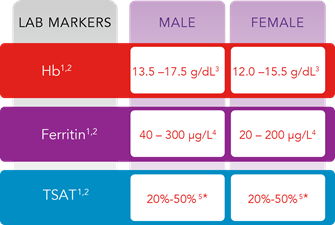 An additional test for total iron binding capacity (TIBC) may be required to diagnose IDA. Normal values for TIBC range from 240 to 450 μg/dL in healthy patients.6,7 Please note TIBC values were not measured in Injectafer clinical trials.

*Injectafer has not been studied or approved for treating people with chronic kidney disease (CKD) who are on dialysis or people with anemia of chronic disease. For patients with CKD and anemia, guidelines issued by the National Kidney Foundation (NKF) define TSAT of 30% as a lower limit to begin treatment. Please consult the NKF guidelines for a complete list of recommendations for IDA lab values when starting treatment.8,9

Your doctor will most likely prescribe an oral iron treatment for you first.

For some people with IDA, iron pills may not be the right option. There are several reasons why this might be. The most common reasons are1,2:

EVEN IN HEALTHY PATIENTS, LESS THAN 10% OF ORAL IRON IS ABSORBED3*

Patients with IDA may require IV iron therapy. This kind of treatment is done in an infusion center.

Some of the reasons your doctor may prescribe IV iron to treat your IDA could include: 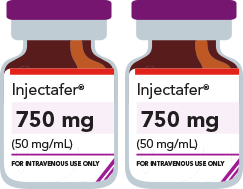 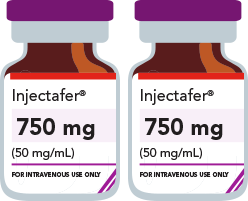 IV infusion over at least 15 minutes

†Compared to the dosing regimens of other IV iron treatments.5,8-12 ‡For patients weighing less than 50 kg (110 lb), give each dose as 15 mg/ kg body weight for a total cumulative dose not to exceed 1500 mg of iron per course of treatment.1

§When administered via IV infusion, dilute up to 750 mg of iron in no more than 250 mL of sterile 0.9% sodium chloride injection, USP, such that the concentration of the infusion is not <2 mg of iron per mL, and administer over at least 15 minutes. When administered as a slow IV push, give at the rate of approximately 100 mg (2 mL) per minute.5

Over 2 million people have been treated with Injectafer in the United States alone.7 II

Not an actual patient. 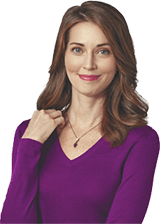 If you take Injectafer, follow up with your doctor after your infusion(s) to see how Injectafer works for you.

Injectafer is given by IV infusion, usually at an infusion center, where a healthcare professional can administer it directly into the bloodstream through a vein. Infusion centers are medical facilities equipped and staffed for administering infusions.1

How long do Injectafer infusions take?

If Injectafer is covered by your commercial insurance, but you have a copay

PATIENTS RECEIVE EACH
DOSE FOR AS LITTLE AS

$50‡
†The Injectafer Savings Program is only available for adults 18 years or older who are commercially insured. Please see full Terms and Conditions below. ‡Insurance out-of-pocket payment must be over $50. Other restrictions may apply.

Download the Patient Savings Program Brochure for more information and see the eligibility requirements below.

The Patient Assistance Program was created to help patients who lack health insurance or are commercially underinsured and cannot afford therapy.

Patients must meet all of the following to be eligible for the program: 1) meet established income requirements, 2) lack health insurance completely or be commercially underinsured, and 3) be a resident of the USA or its territories, including Puerto Rico.

Injectafer® (ferric carboxymaltose injection) is indicated for the treatment of iron deficiency anemia (IDA) in adult and pediatric patients 1 year of age and older who have either intolerance to oral iron or an unsatisfactory response to oral iron, or adult patients who have non-dialysis dependent chronic kidney disease.

Injectafer is contraindicated in patients with hypersensitivity to Injectafer or any of its inactive components.

Symptomatic hypophosphatemia requiring clinical intervention has been reported in patients at risk of low serum phosphate in the postmarketing setting. These cases have occurred mostly after repeated exposure to Injectafer in patients with no reported history of renal impairment. Possible risk factors for hypophosphatemia include a history of gastrointestinal disorders associated with malabsorption of fat- soluble vitamins or phosphate, concurrent or prior use of medications that affect proximal renal tubular function, hyperparathyroidism, vitamin D deficiency and malnutrition. In most cases, hypophosphatemia resolved within three months.

Serious hypersensitivity reactions, including anaphylactic-type reactions, some of which have been life- threatening and fatal, have been reported in patients receiving Injectafer. Patients may present with shock, clinically significant hypotension, loss of consciousness, and/or collapse. Monitor patients for signs and symptoms of hypersensitivity during and after Injectafer administration for at least 30 minutes and until clinically stable following completion of the infusion. Only administer Injectafer when personnel and therapies are immediately available for the treatment of serious hypersensitivity reactions. In clinical trials, serious anaphylactic/anaphylactoid reactions were reported in 0.1% (2/1775) of subjects receiving Injectafer. Other serious or severe adverse reactions potentially associated with hypersensitivity which included, but were not limited to, pruritus, rash, urticaria, wheezing, or hypotension were reported in 1.5% (26/1775) of these subjects.

In clinical studies, hypertension was reported in 4% (67/1775) of subjects in clinical trials 1 and 2. Transient elevations in systolic blood pressure, sometimes occurring with facial flushing, dizziness, or nausea were observed in 6% (106/1775) of subjects in these two clinical trials. These elevations generally occurred immediately after dosing and resolved within 30 minutes. Monitor patients for signs and symptoms of hypertension following each Injectafer administration.

In the 24 hours following administration of Injectafer, laboratory assays may overestimate serum iron and transferrin bound iron by also measuring the iron in Injectafer.

The following adverse reactions have been identified during post approval use of Injectafer. Because these reactions are reported voluntarily from a population of uncertain size, it is not always possible to reliably estimate their frequency or establish a causal relationship to drug exposure.

The safety of Injectafer in pediatric patients was evaluated in Study 3. Study 3 was a randomized, active-controlled study in which 40 patients (1 to 12 years of age: 10 patients, 12 to 17 years of age: 30 patients) received Injectafer 15 mg/kg to a maximum single dose of 750 mg (whichever was smaller) on Days 0 and 7 for a maximum total dose of 1500 mg; 38 patients evaluable for safety in the control arm received an age-dependent formulation of oral ferrous sulfate for 28 days. The median age of patients who received Injectafer was 14.5 years (range, 1-17); 83% were female; 88% White and 13% Black. The most common adverse reactions (≥4%) were hypophosphatemia, injection site reactions, rash, headache, and vomiting.

Severe adverse reactions including circulatory failure (severe hypotension, shock including in the context of anaphylactic reaction) may occur in pregnant women with parenteral iron products (such as Injectafer) which may cause fetal bradycardia, especially during the second and third trimester. 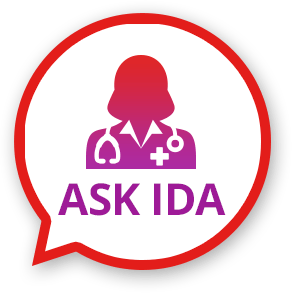 You are about to open a new window to the FDA website. Daiichi Sankyo, Inc. does not control the content of the website connected to this link.